Hi, Rin! Thank you so much for agreeing to this interview! I’m so glad to have you over. I hope you enjoy this little interview! 😀

Q1 : Tell us a little about Wicked As You Wish! I’m sure everyone is really excited to know more about the book!

A1 : Thank you! WICKED AS YOU WISH is a fairy-tale-as-alternative-history story about a Filipina teen descended from the famed Filipina heroine, Maria Makiling, whose best friend also happens to be the exiled prince-in-hiding of the famed kingdom of Avalon, which was frozen over by the Snow Queen over a decade ago. Now she, along with a band of merry teens, must help him take back Avalon after his kingdom’s most powerful weapon – a firebird – lands on their dorrstep.

Q2 : WAYW is finally out in the world. After 10 whole years. How does it feel to have a book that’s taken so long to reach the audience, finally reach them?

A2 : Relieved, I think. I never really thought, even after I published my first book, that this story was going to ever see the light of day. It had a weird concept, even more so by my standards, and decentered the US in a way where I didn’t want to have to apologize for it. I am very fortunate that my editors had my back for this one, and that my agent, Rebecca, was so supportive!

Q3 : If you could describe the book in one word, how would you describe it?

Q4 : What has been your favourite part about this book? Is it the plot or the characters or the worldbuilding? What was the most fun to write?

A4 :  Worldbuilding is usually my favorite part of writing a book, but it was the complete opposite for this one. I enjoyed envisioning the world I made in THE BONE WITCH, and even the deliberate sparseness in THE NEVER TILTING WORLD, but WICKED’s nearly made me cry. Too many fairy tales, too much time trying to fuse them into one coherent magical system despite all their contradictions. I think the dialogue is my favorite to write for this one, though! I took a lot of inspiration mostly from the banter I have with my closest friends, and tried to really keep them grounded as teenagers who just happen to be saving the world. I think someone in a review pointed out to me said that it gave them FOMO reading their adventures, and that they wanted to join them, and that was exactly what I was gunning for.

Q5 : What was the most difficult scene for you to write in the whole book? Why?

A5 : I think the ones where I try my best to humanize some of the story’s villains (I won’t say the names, because spoilers!)  even though you know they’re doing the wrong thing. Sometimes people don’t have a choice but to be villains, and instead of blaming the system they blame the victims of the system. And in doing that you try to separate their actions from their experiences. As someone who grew up in a very poor country, and was apolitical to a lot of it as a teen because I was privileged enough to be cushioned from the worst of those injustices until it finally happened to me and to the people I love, I try to be actively mindful, though that’s always a constant learning process. It’s easy to have a knee-jerk reaction to the horrible things around without trying to analyze why that’s so. The main difficulty was trying to make it respectful, to not make them two dimensional. They can so easily be so many people that I’ve known.

Q6 : If you could take the place of any of the characters in the book, who would you like to be and why?

A6 : Ken likes to talk smack and claim otherwise, but Loki is easily the best fighter in the group. Plus, they’re real damn awesome at parkour!

That was Rin, y’all! I hope you enjoyed her interview! Don’t forget to check out Wicked As You Wish! 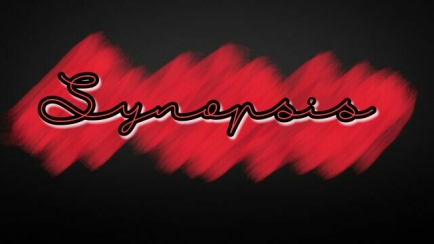 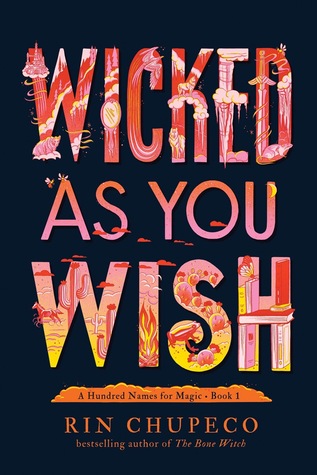 Many years ago, the magical Kingdom of Avalon was left desolate and encased in ice when the evil Snow Queen waged war on the powerful country. Its former citizens are now refugees in a world mostly devoid of magic. Which is why the crown prince and his protectors are stuck in…Arizona.
Prince Alexei, the sole survivor of the Avalon royal family, is in hiding in a town so boring, magic doesn’t even work there. Few know his secret identity, but his friend Tala is one of them. Tala doesn’t mind—she has secrets of her own. Namely, that she’s a spellbreaker, someone who negates magic.
Then hope for their abandoned homeland reignites when a famous creature of legend, and Avalon’s most powerful weapon, the Firebird, appears for the first time in decades. Alex and Tala unite with a ragtag group of new friends to journey back to Avalon for a showdown that will change the world as they know it. 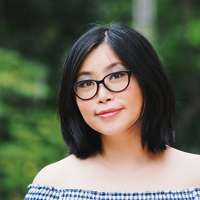 Despite an unsettling resemblance to Japanese revenants, Rin always maintains her sense of hummus. Born and raised in Manila, Philippines, she keeps four pets: a dog, two birds, and a husband. Dances like the neighbors are watching.

She is represented by Rebecca Podos of the Helen Rees Agency. She is also fond of speaking in the third person, and may as well finish this short bio in this manner. While she does not always get to check her Goodreads page, she does answer questions posed to her here as promptly as she is able to. Find her at the following places instead: